Wash the ivy guards thrice thoroughly in the running tap water, Cut it into 4 pieces out of 1 as shown in the picture..Keep it aside..
In a frying pan, take some oil, 1 tea spoon mustard seeds..When the mustard seeds starts to splatter, add slit green chilly and few Curry leaves and fry it in low flame until the green chilly and Curry leaves get fried..
Add chopped ivy guards, add 1 cup of water, 1 tea spoon salt, 1/2 cup grated coconut, mix well..
Close the lid and cook it until the ivy guards absorb es all the water, salt and becomes tasty..In the meanwhile keep mixing the ivy guards so tat water and salt is absorbed properly and cooked well..
Ur ivy guard Upkari is ready to b served with hot rice and Curry..

NOTE: You can prepare this along with potato which even gives a good taste..only the thing is to add chopped potato’s when the ivy guards are half boiled..It will be perfectly cooked..

In Cooker: Same procedure to be followed..but instead of preparing it in Kadai, prepare it in cooker with 2 whistles 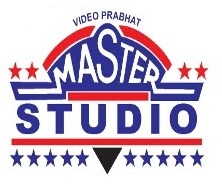